Athena vs. Athlete: The difference between a rotweiler and a greyhound
Biff (a/k/a laying it down): To crash on your bike, although more common to mountain biking
Bonk: hit “the wall”, run out of energy due to inadequate fuel intake
BOPper: Back of the Pack triathlete
Brain freeze or ice-cream headache: the sensation experienced when jumping into Lake Michigan anytime or Elkhart Lake in June
Brick: a two-sport workout, one immediately following the other (usually a ride followed by a run)
Bullet-head: descriptive term for athlete in a swim cap
Carbo load: cramming down carbohydrate-rich foods in the day(s) prior to an event
Clydesdale: weight category for the gravitationally gifted
DQ: Disqualification
DNF: Did not finish
DNS: Did not start. The participant’s chip was not picked up at the start line, checkpoints or the finish line. This typically means the participant was not present at the race.
Draft: following in the slipstream of another athlete, usally referred to on the bike, but also the swim
Fullsuit: a full-body wetsuit with arms and legs
Gu: An energy gel
Hydrate: drinking, drinking, and drinking more (water or energy drinks) followed by peeing, peeing, and peeing more
IM: Abbreviation for Ironman distance and fractions thereof (e.g. 1/2 IM). Can also be used to abbreviate certain Ironman races, such as IMC (Canada), IMA (Australia). In swimming can also stand for individual medley relay.
Interval: intense shorter bursts of speed or strength with rests between
Longjohn: a wetsuit with full legs but no arms shortjohn = a wetsuit with short legs and no arms
Negative split: Running the second half faster that the first half
Olympic distance: 1.5k swim, 40k bike, 10k run (although, *officially*, the IOC has banned the use of this term >:-P )
On your left: What you should say as you attempt to pass another cyclist
PAM: Slippery, spray on lubricant used to encourage easy removal of a wet suit. Also used for baking and frying foods for its non-stick properties.
Poser: athlete with all the gear but no training
QR: Quintana Roo = Cool wetsuits and tribikes, but not as cool as IM VO2 Stealth Suit!
Queen K: The Queen Ka’ahumanu Highway
Road rash: The result of Biffing (see above)
T1: swim-to-bike transition
T2: bike-to-run transition
The Energy Lab: Hell
Tri-bike: bicycle specifically designed for triathlons, characterized by steep seat tube angle, 650c wheels, and a very “forward” position, all geared toward improving the rider’s aerodynamics and efficiency and an easier transition to the run
Wave: Groups of athletes starting together at the swim portion of a triathlon. One wave of athletes could be pros, while another could be women between 30 and 39.
Wheelsucker: unscrupulous bozo on a bike who drafts during a race 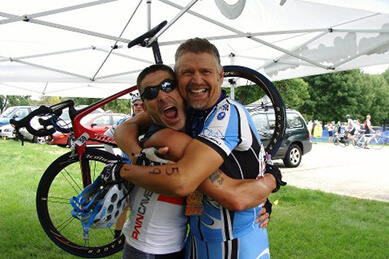 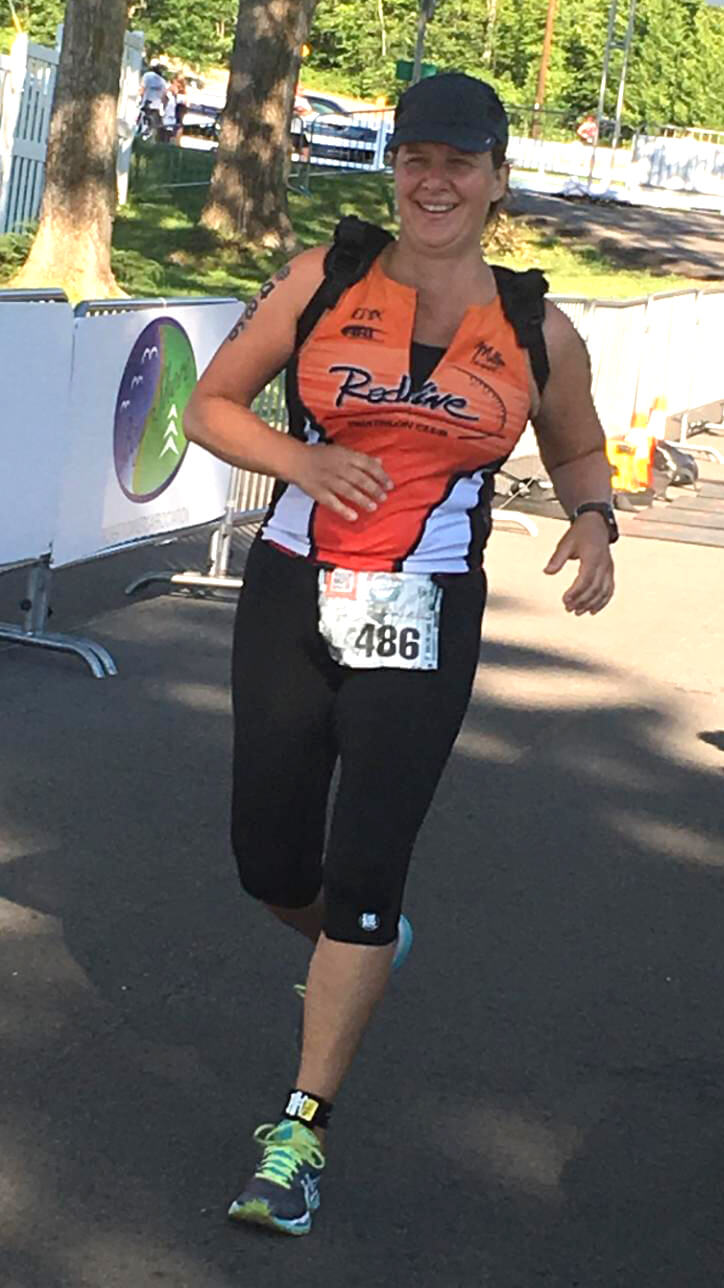